A little lesson from the example of King David of Israel

This story is a great sign of the Father in heaven showing his ever-loving mercy. Take a few minutes and enjoy. Be edified and be set free.

2 Sam. 11:27
27And when the mourning was over, David sent and brought her to his house, and she became his wife and bore him a son. But the thing that David had done displeased the Lord.

The Great David conflicted, decided to think with the wrong brain and displease the Lord by coveting(commandment 9**) Bathsheba when he spotted her. Then he called for her and lay with her(commandment 6 & 7**). He then sent away his friend to be killed in battle(commandment 5**). (**-ref. Ex. 20)

David committed a lot of sin throughout this historical depiction of one of the greatest biblical characters. However, the message in this story from a forgiveness standpoint is great and edifying. Let me continue.

David later went on to marry Bathsheba and she soon conceived her son. What happens next is sad but its what shows why David is the King of Israel in the Old Covenant and why his bloodline is the same of that of Yeshua/Jesus.

Shortly after everything transpires, David's son gets afflicted and eventually what he dished out, came back around.

Nathan, a court prophet, came to David and delivered a parable as YHVH(GOD) exercised that famous trait of Yeshua/Jesus. However, this parable came with a dreadful warning, his child will be taken from him for his wicked works and actions. Let's pick up the story as David's servants ponder the delivering of the dreadful news of the inevitable.

2 Sam. 12:19-20
19 But when David saw that his servants were whispering together, David understood that the child was dead. And David said to his servants, “Is the child dead?” They said, “He is dead.” 20 Then David arose from the earth and washed and anointed himself and changed his clothes. And he went into the house of the Lord and worshiped. He then went to his own house. And when he asked, they set food before him, and he ate.

As a parent, I understand that some of us may find this strange behavior and many of you by a social standard may call David in some sort of psychiatric distress. Rather than all the bad stuff that can be theorized over his behavior, let's look at the lesson.

David is a king who did some bad things but to receive the title that David received and the blessing that he continued to receive after his time here on Earth, it's a no question why this story is such a great story of mercy. At a time before Yeshua/Jesus, we see mercy towards a man who broke the Law of Moses or the Law of YHVH/GOD. Let's continue.

1 Sam. 13:14
14 But now your kingdom shall not continue. The Lord has sought out a man after his own heart, and the Lord has commanded him to be prince over his people, because you have not kept what the Lord commanded you.”

Acts 13:22
22 And when he had removed him, he raised up David to be their king, of whom he testified and said, ‘I have found in David the son of Jesse a man after my heart, who will do all my will.’

David is a man after the Father's own heart and after the death of his son which is accredited to the Father's will, DAVID WORSHIPED THE FATHER, THEN HE FEASTED.

David was a lion of a king and his campaigns as a military leader are still studied by military and historical buffs to this day. His words in the Psalms move and motivate so many people to serve the Lord with everything they are. His actions freed the holy nation of Israel from certain captivity and possible death.

David a murderer, adulterer, envious thief who killed his good friend and took his wife. So I have a question.

If the God of the OLD TESTAMENT is unforgiving, mean, angry and hateful, why did He forgive David, why did He forgive man through Yeshua/Jesus, why has He done anything that helps you breathe while you read this post, eat your breakfast or receive help for a bill from an unsuspecting source?

The Old Testament/The Old Covenant(contract) isn't much different from the RENEWED COVENANT(new testament). Biggest difference is the Messiah. Remember that regardless of the sin or the shame that you many of you may feel, the GOD of Abraham, Isaac and Jacob hasn't forsaken you. David reminds us that even the most wicked of people can be forgiven and restored to righteousness. All it takes is a little asking.

Psalm 51
1 Have mercy on me, O God,
according to your steadfast love;
according to your abundant mercy
blot out my transgressions.
2 Wash me thoroughly from my iniquity,
and cleanse me from my sin!
3 For I know my transgressions,
and my sin is ever before me.
4 Against you, you only, have I sinned
and done what is evil in your sight,
so that you may be justified in your words
and blameless in your judgment.
5 Behold, I was brought forth in iniquity,
and in sin did my mother conceive me.
6 Behold, you delight in truth in the inward being,
and you teach me wisdom in the secret heart.
7 Purge me with hyssop, and I shall be clean;
wash me, and I shall be whiter than snow.
8 Let me hear joy and gladness;
let the bones that you have broken rejoice.
9 Hide your face from my sins,
and blot out all my iniquities.
10 Create in me a clean heart, O God,
and renew a right spirit within me.
11 Cast me not away from your presence,
and take not your Holy Spirit from me.
12 Restore to me the joy of your salvation,
and uphold me with a willing spirit.
13 Then I will teach transgressors your ways,
and sinners will return to you.
14 Deliver me from blood guiltiness, O God,
O God of my salvation,
and my tongue will sing aloud of your righteousness.
15 O Lord, open my lips,
and my mouth will declare your praise.
16 For you will not delight in sacrifice, or I would give it;
you will not be pleased with a burnt offering.
17 The sacrifices of God are a broken spirit;
a broken and contrite heart, O God, you will not despise.
18 Do good to Zion in your good pleasure;
build up the walls of Jerusalem;
19 then will you delight in right sacrifices,
in burnt offerings and whole burnt offerings;
then bulls will be offered on your altar. 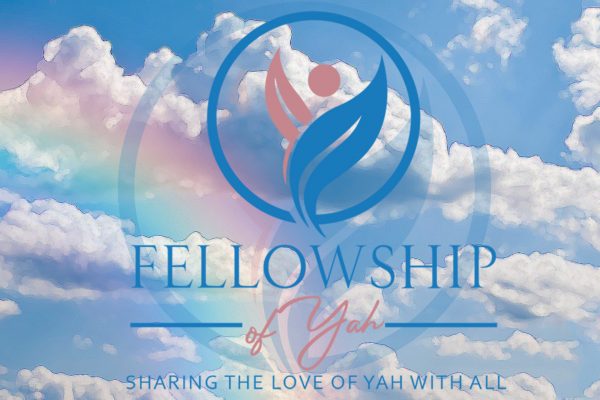 [wpvideo tXXBHTmh] 2 I started this series in the mindset...

[wpvideo Q0KEf6eC] Before we get into this topic, lets look...

Special thanks to the maker of this song, Sanctus Real. Please Remember Support Our Artist.